Today marks the 51st anniversary of Pan Am flight 101 touching down at JFK International Airport. after its transatlantic journey from London. The screams that heralded the arrival of The Beatles in America were destined to reverberate throughout the world for the next three years, during which the Fab Four set continuous new standards of songwriting and recording wizardry. Their impact upon modern music and culture was and remains profound, influencing generation upon generation of aspiring musicians and songwriters, bringing joy to millions of fans around the globe. It is a testament to the timelessness of their music that The Beatles remain a vibrant and vital force in our collective consciousness in 2015. To the memories of John Lennon and George Harrison, the perpetually-touring Paul McCartney, and the newly-inducted member of the Rock 'n' Roll Hall of Fame Ringo Starr, infinite thanks for a lifetime of musical magic! 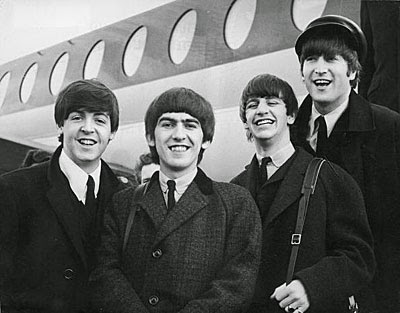